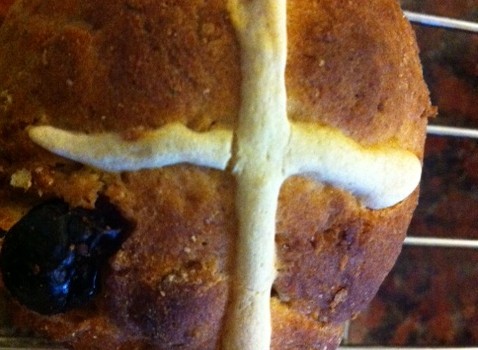 I’m certainly not an experienced baker at all….yet I love giving things a go. Plus when you are wheat intolerant it can be cheaper to make things yourself rather than buy them. So in the back of my mind I had planned to try making some hot cross buns in the run up to Easter. Typically life ran away with itself, time fly by and on Easter Sunday there were still no hot cross buns.

However on Easter Monday I was tweeted a recipe to try….it being a rainy Bank Holiday I decided to take the plunge. These aren’t something to bake in a hurry but if you are around the house and have time to let them rise then give them a go! I had to adapt the recipe which I admit did make me quite nervous, however I was delighted with the results and a teeny bit proud of myself 😉

Mix all the above together to make a dough, but don’t knead it. Then place into an oiled bowl, cover with cling film and leave to rise in a warm place. This took about 1 1/2 hours for mine. It should almost double in size and it feels risen to the touch, springy and doughy.

Whilst it rises have a sit down, a cuppa, sweep the kitchen, do some catching up on twitter (you get the idea) and also mix together:

Mix this fruity bunch into the dough and leave it to rise once more. I left mine most of the afternoon. Leaving it longer than needed won’t harm it. Then shape into rounds, about 12, and get ready for the creative bit. Mix a couple of tbsp of gluten free flour with a drizzle of water and mix to a thick paste. Pop into a piping back and pipe on your crosses. Here’s mine before cooking:

Pop in the oven at Gas Mark 7 for 20 minutes. I checked mine and swapped the upper and middle trays over half way through. Leave to cool on a wire rack and enjoy. Yum. 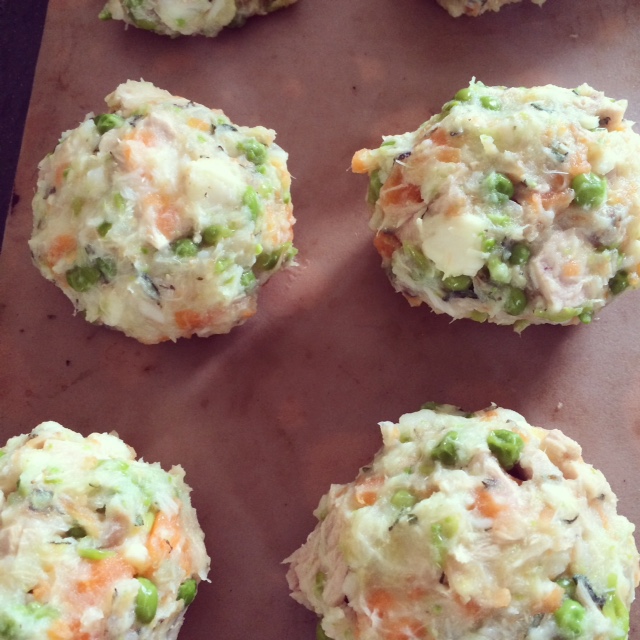