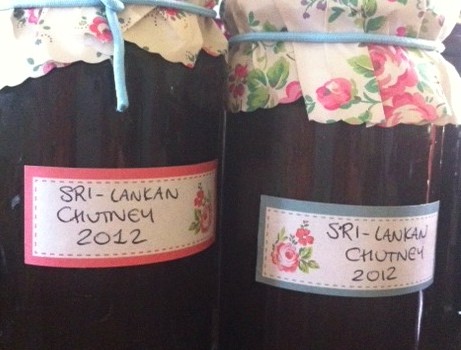 We’ve had a right plum glut this year, after making much plum jam I decided something else was needed. We love a good chutney….along with cheese, fresh salads and maybe a little wine. For me a chutney needs to be thick, fragrant and a bit spicey, so here is my take on a chutney recipe, inspired by my Sri-Lankan roots.  I’ve added in some spices from the Spice Isle.