I was fortunate enough to be sent a large yummy box of goodies from Udi’s just before Christmas and it was literally like Christmas had come early! I had met some of the Udi’s team at one of the Allergy Show’s earlier in the years and had heard good things about them so it was very exciting when this box arrived.

Udi’s started up in 1994 as a franchise bakery cafe in Colorado, in 2008 they made thier first gluten free bread, they have worked very hard since then to come up with their range, becoming the leader in GF bread and bakery in the USA.

So the hero of the box for me has to be the bagels. Partially because these are something I have been missing for a long, long time. Specifically the cinnamon and raisin variety. Even typing this makes me want one! I love mine for a lazy weekend breakfast or  with a cuppa mid afternoon. For me they have to be either just toasted with a little butter or spread with a little homemade jam (plum, plum or plum – seeing as we have plum trees!). These bagels DO NOT DISAPPOINT. I could easily get a bagel addiction. 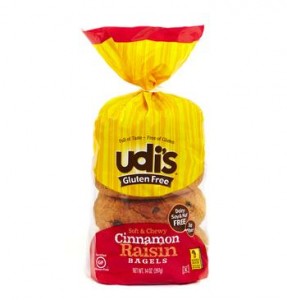 The Ancient Grain crisps where deliciously different in terms of texture. I love the grains they are made from: quinoa, flax, sesame, millet. The Jalapeno ones were more to my spicy liking palate. These were good served with our cheese board and a glass of wine. 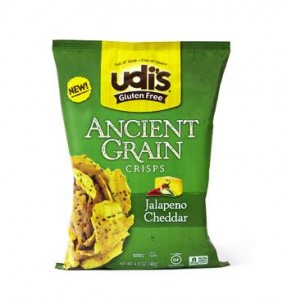 The Toaster Pastries and Bagel Chips are a lovely idea, they aren’t something that I would normally buy. I found the strawberry ones too sweet for my palate but I don’t have that sweet a tooth. The apple and cinnamon ones reminded me of a hot apple pie and were tasty. They are high fibre and contain a fair amount of sugar, I would keep these away from the breakfast table and as an occasional snack.

The muffins suprised me. I looked at them and assumed they wouldn’t be my cup of tea. If I was choosing a muffin I’d go for more of a blueberry or a lemon flavour (which they do have in the USA range) whereas my hubby would choose these (definite opposites). However they suprised they weren’t too sweet and had a good cakey texture, I enjoyed them. They are, as are most muffins, a definite treat, rather than an everyday nibble.

Thankyou Udi’s for bringing some good quality, tasty, special gluten free goodies to the UK. Can we have more please?!

Disclaimer: I was sent these products to review by Udi’s, no payment has exhanged hands but I did get to eat and keep the food items. All views expressed are my own. 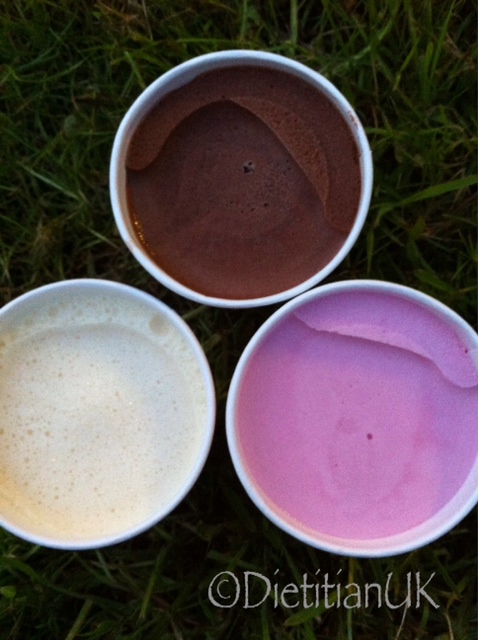