This being our second baby I’ve been a teeny, tiny bit wiser to a few things… and a bit slacker on other things! I’ve thrown out all the normal baby books for one and let baby lead the way, so much easier, he naturally showed me his routine. I also bypassed the puree route and went straight for baby led weaning – which I would highly recommend, much less stress and cooking.

Something I noticed with Miss K is how frustrated she would get when trying to communicate. Around a year I started using some basic signs with her and it made a big difference. So with J-boy I’ve put signing in from the instant we started weaning (5.5 months). It is lovely to see him now happily signing away. He does also use words with some of the signs too, however More, Milk and Moo are all very similar sounding so the signs are of big advantage.

At age 2 toddles apparently recognise around 200 words but can only say about 50. I would be frustrated if I wanted something and couldn’t communicate it. Many times the reasons tantrums occur is due to frustration, so using signing can help with alleviating this.

Now I’m no signing expert, but hubby knows a fair bit of Makaton, so I’ve stolen signs from him and from groups I’ve been to. We use… 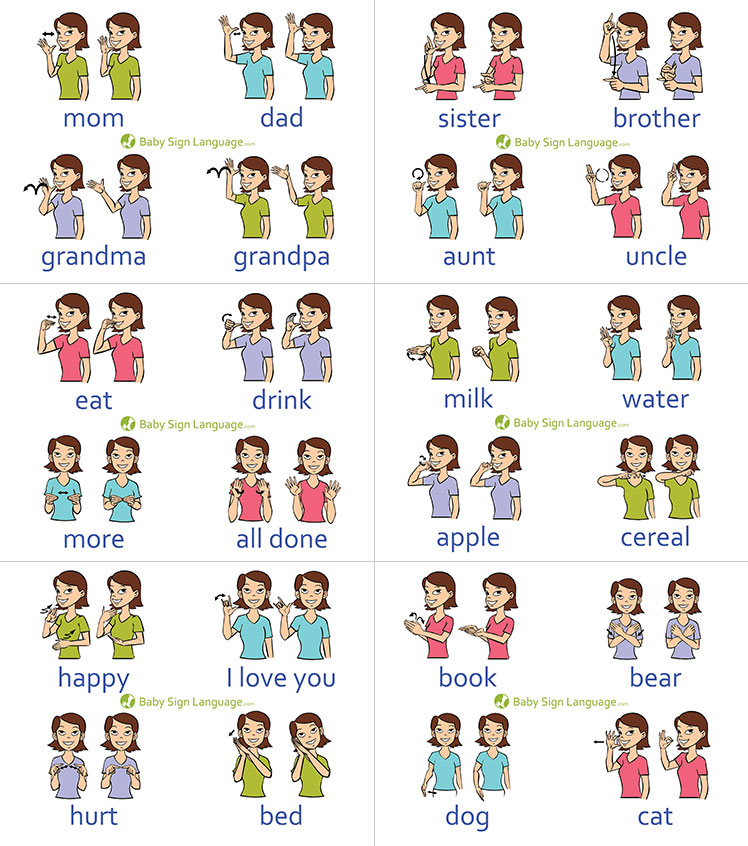 So at 15 months J-boy was using eat and drink and at 16 months he was using more and toothbrush. He doesn’t sign milk but says it. Now I plan to build in “nappy” and “sleep”. If he is potty trained and sleeping by 2 I’ll be a lucky mummy, ha ha!

2 thoughts on “How to really have a more contented baby ;)”